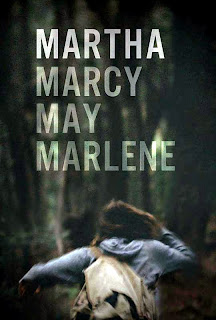 "Martha Marcy May Marlene" is an amazing cinematic jolt to the nervous system, plain and simple. It stars Elizabeth Olsen as Martha, a girl who escapes to her sister and her brother-in-law's lakeside retreat after involving herself with some scary people.

But this is not the ordinary "victim escapes near death -- victim fights  back story." By intertwining Martha's new life with scenes from her past, we are forced to confront the ambiguities of the situation -- is Martha being followed, or does she simply perceive it that way? Was Martha crazy before the events leading to her escape from the cult?

What exactly is Martha's secret? On the surface, she seems like a normal young girl, but inside her subconscious, an inner war rages. Elizabeth Olsen knocks it out of the park as fragile, damaged Martha, running from inner demons and stuck in a constant state of shell shock.


By making her compliant in some of the cult's wrongdoings and philosophies, Martha becomes a puzzling character, with a hint of malice in her doe-like eyes. I almost hated her for what she did to Sarah, another girl in the cult, but at the same time I felt as if I kind of understood her.

Soon up to their eyeballs in responsibilities taking care of Martha, Martha's sister Lucy (Sarah Paulson) and her husband Ted (Hugh Dancy) despair at the direness of their situation. Meanwhile, memories of life in the cult and cult leader Patrick (John Hawkes in an icky, slimy, absolutely brilliant performance) lie just below the surface.

This is a nearly perfect film, fueled by palpable suspense and great stylistic touches, including a shaky cam moment early on, that, surprisingly, works. On a final note, I was surprised that the ideology behind the cult wasn't gone into more.

On the other hand, it kind of makes sense, since, ultimately it doesn't matter if the cult is dedicated to Jesus or free love or the God of tits and wine (to quote the great Tyrion in "Game Of Thrones.") All that matters is the influence of the cult and what cults do to people.

This movie is about what cults do to people. To dwell on the cult's ideals would be simply superfluous. "Martha Marcy May Marlene" is brilliant filmmaking, and will hopefully stand the test of time in the annals of indie films. Fin. 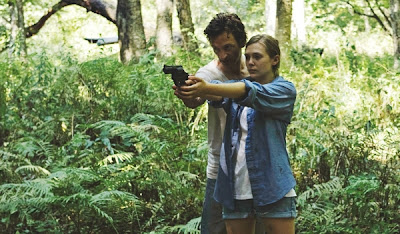